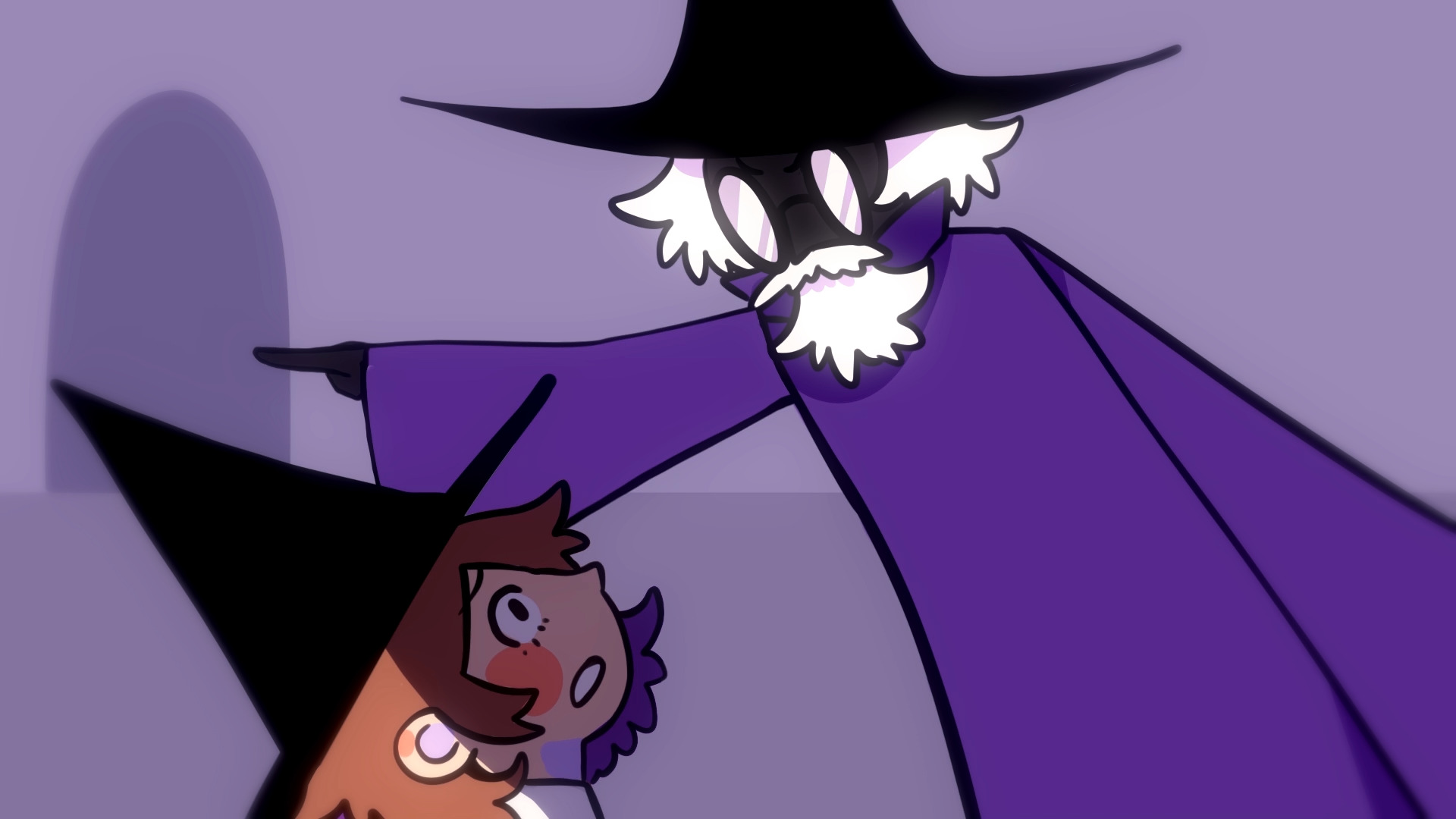 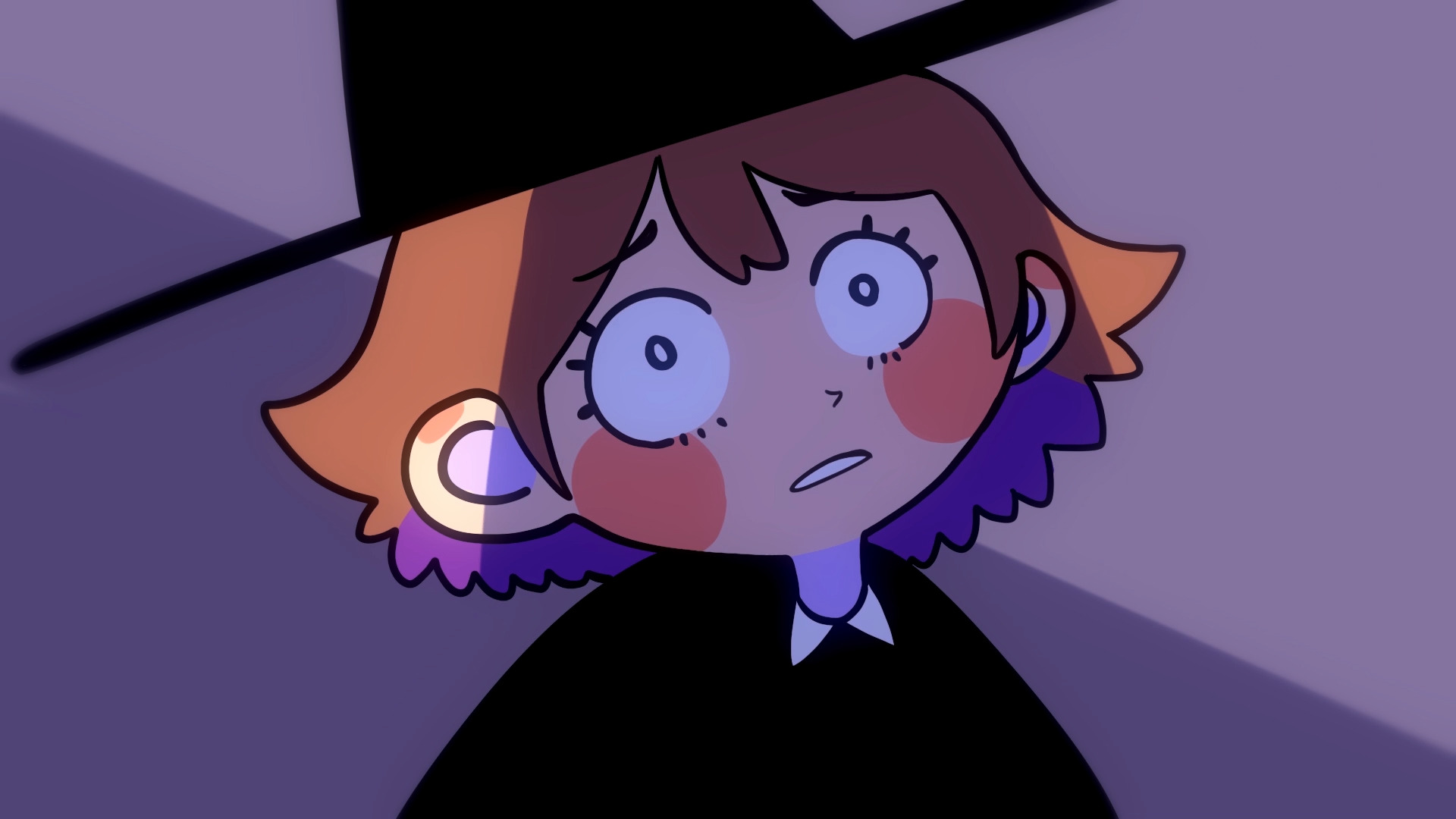 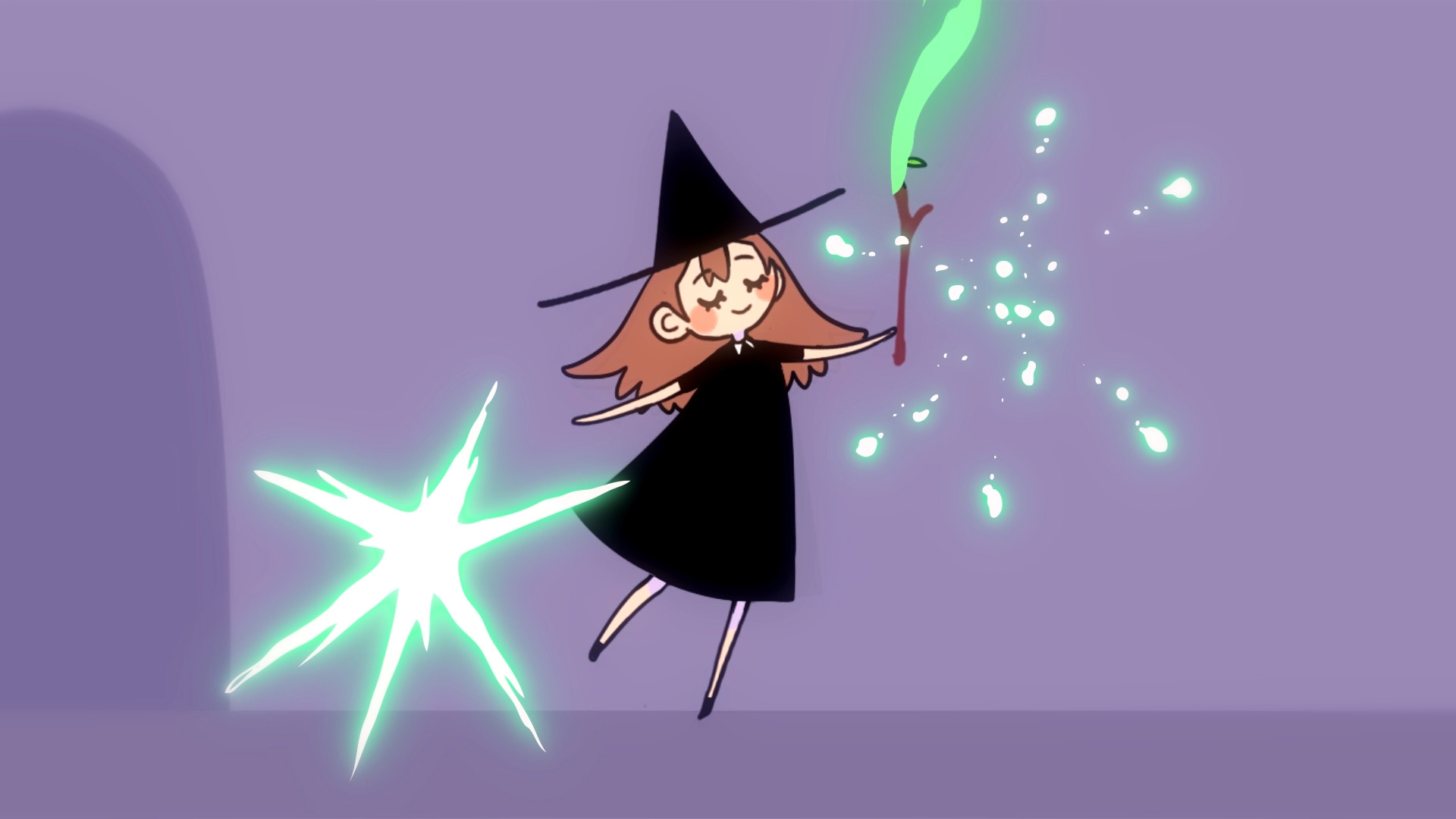 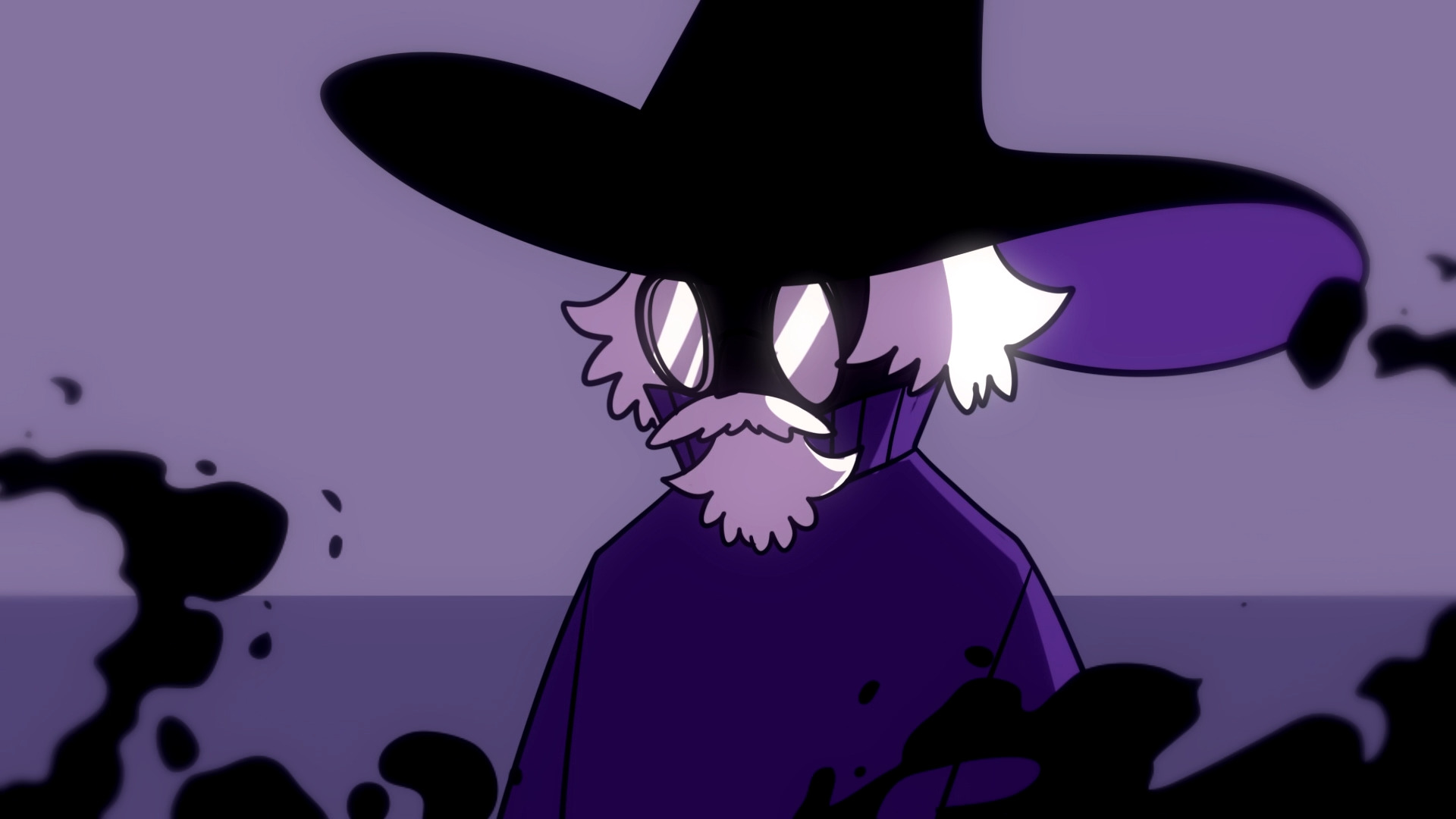 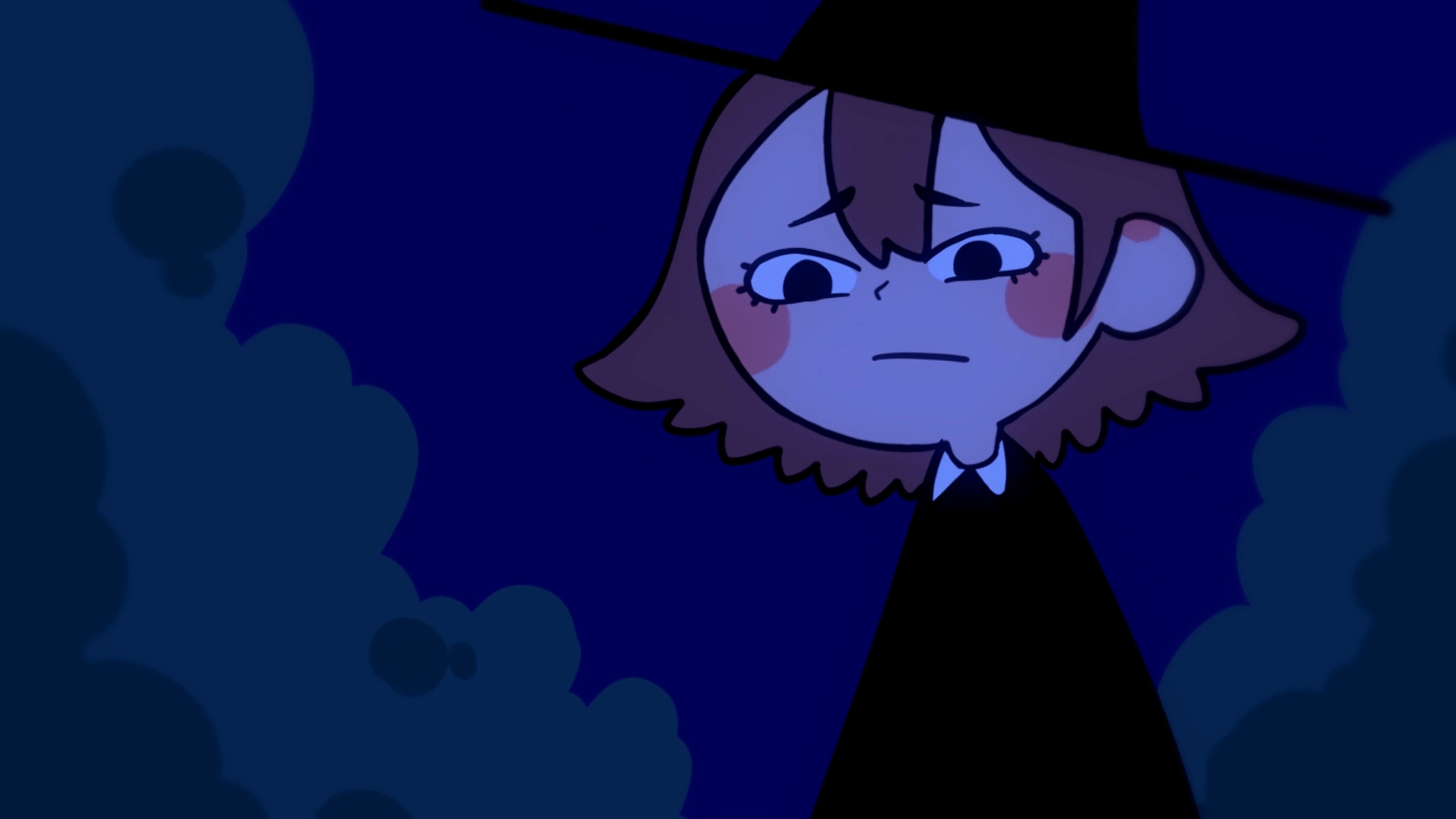 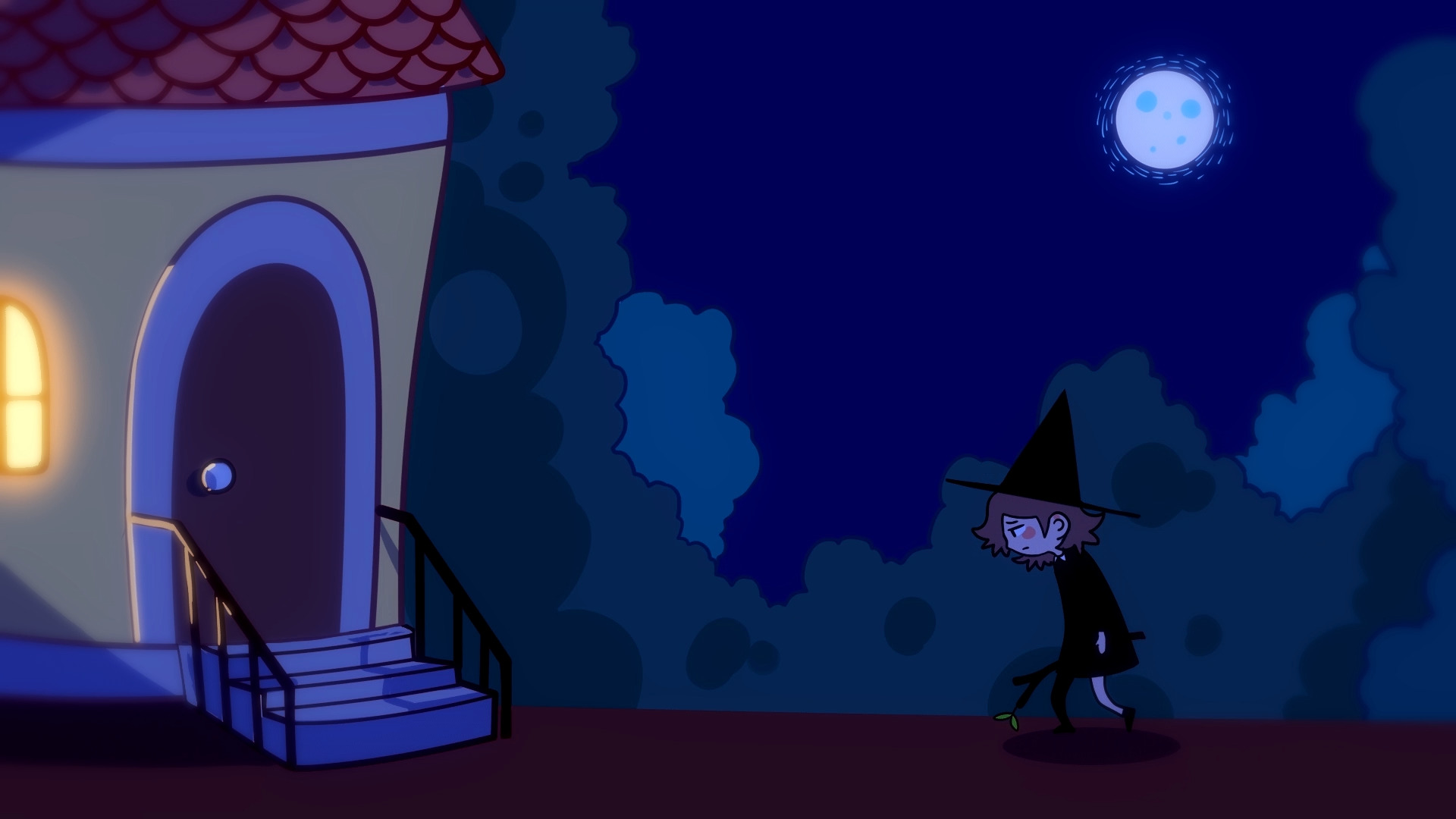 “Wizard’s Rising” is a two-minute-long 2D animation with all the action and story being set in a world full of magic and witches. It follows the story of a young witch girl who is late for her witch academy examination. She runs out of her house, while her grandmother waves and wishes her luck. The witch continues to run and ends up in the examination room. The first thing she sees is the Examiner with a dark and heavy aura around him, which scares her a bit and makes her even more nervous. Just a second later, another girl enters the room by pushing the main character away, showing her fancy magic to the Examiner. The whole situation makes the little witch really uncomfortable and she cannot cast a single spell, which makes her fail. Later at night, the witch goes home in tears and wants to give up but her grandmother stops her from these thoughts with love and support. She helps her granddaughter with studying magic, but even after that, the little witch feels helpless, until she realizes something important.

One day, the grandmother finds out that the witch can cook with her magic. She tries her freshly created cupcakes and gets amazed at how delicious and exceptional they taste and look. A year later, the witch goes to the same examination, but without rushing and being nervous. She enters the same room, but this time she is no longer afraid and just wants to do her best and show off her newly acquired skill. The Examiner looks really skeptical at first about her magic, but still tries the cake and gets so surprised how good it is. A moment later he shows the open door towards the witch academy, inviting the little witch. At first, she does not know what to say, but she shows her biggest smile and happily walks towards her bright future.