Relict of the Ruins 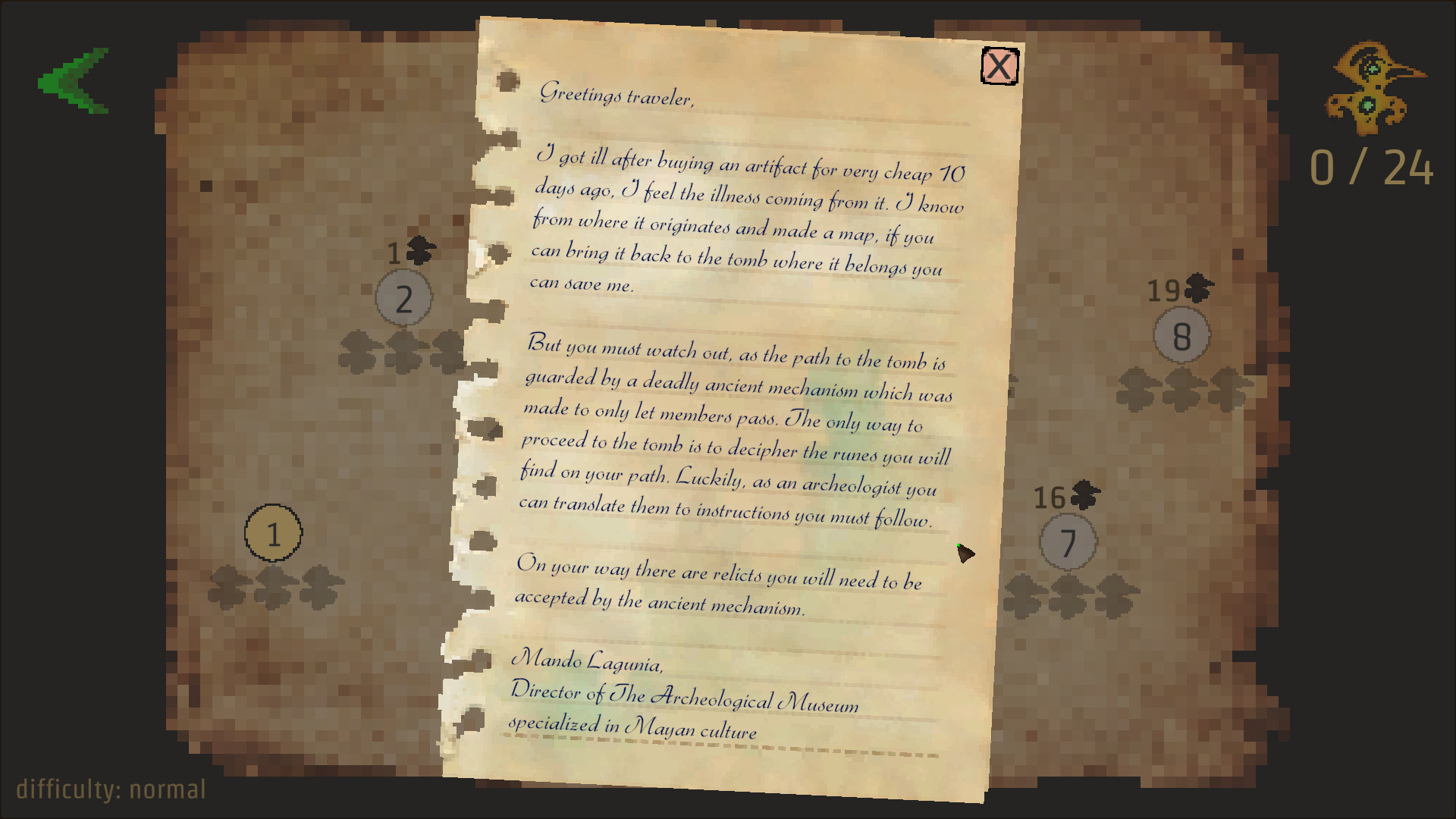 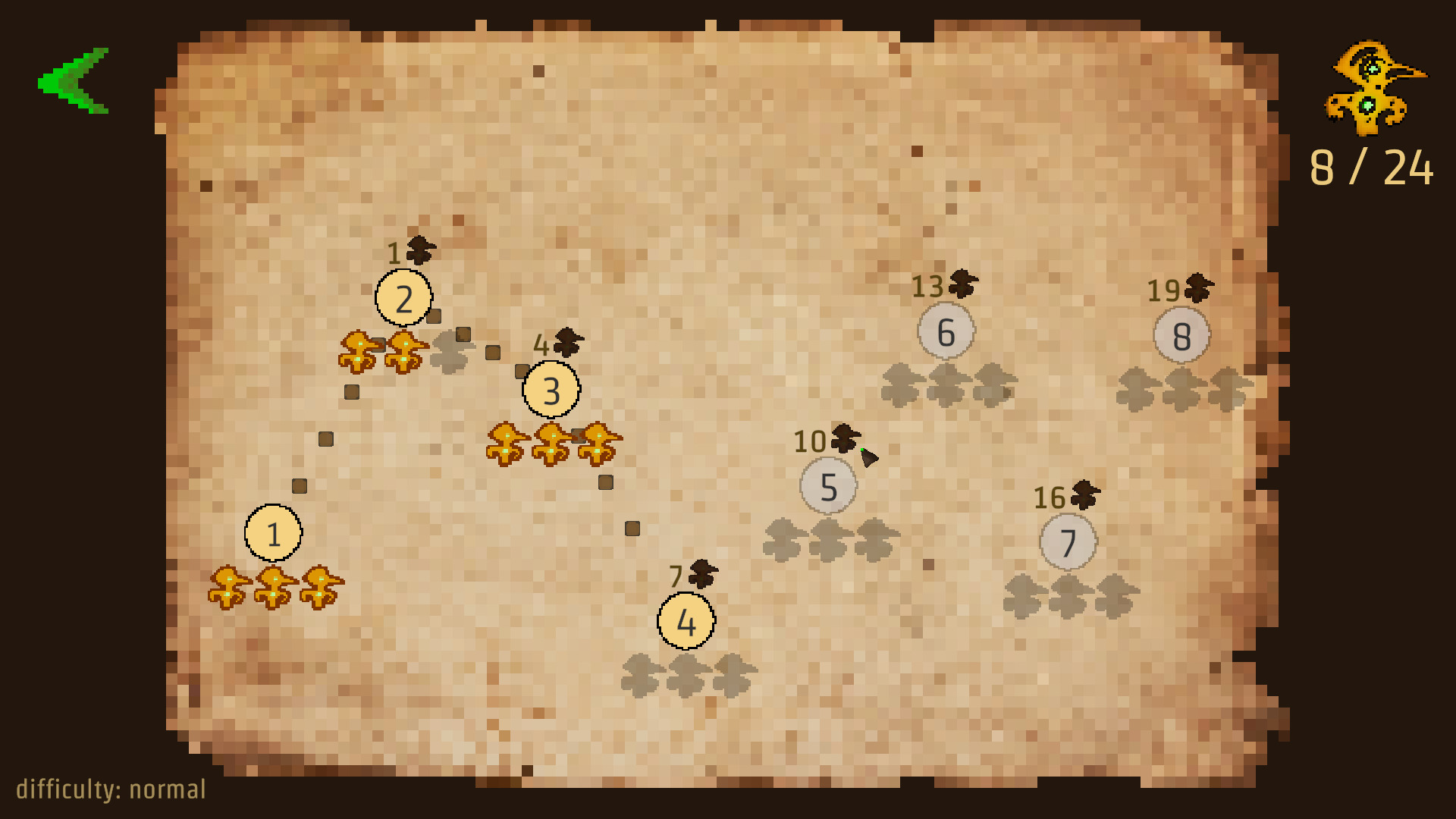 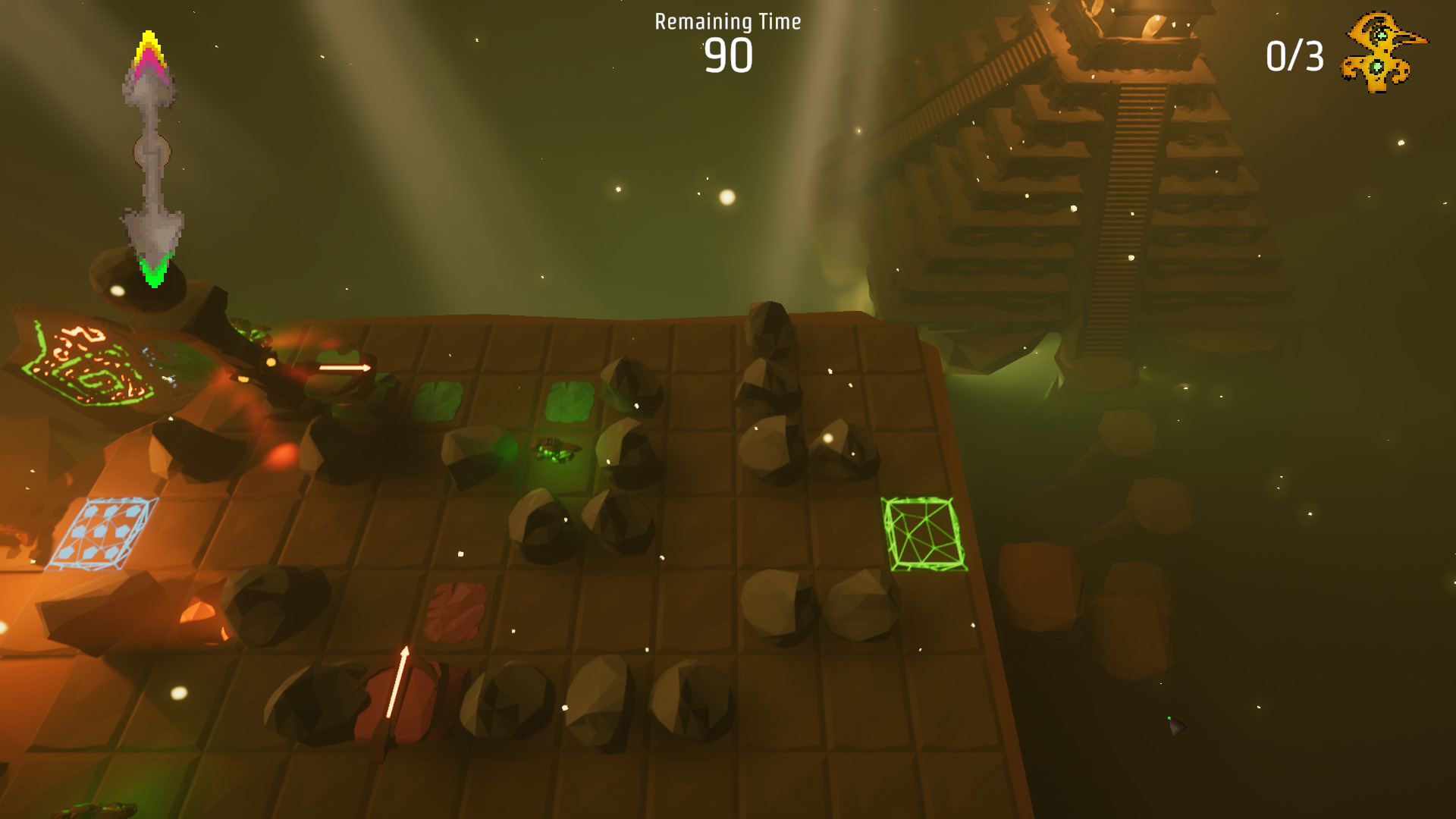 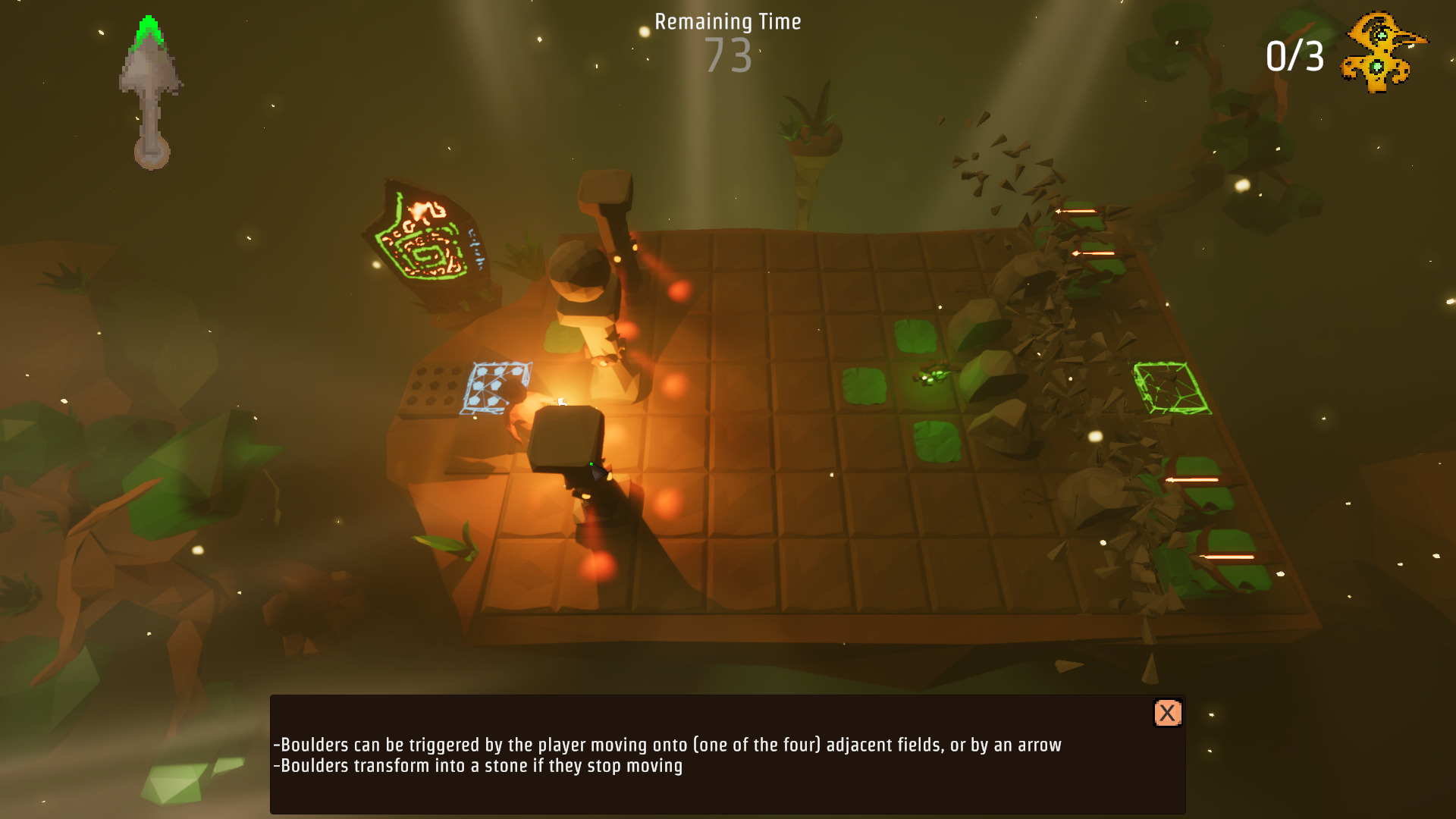 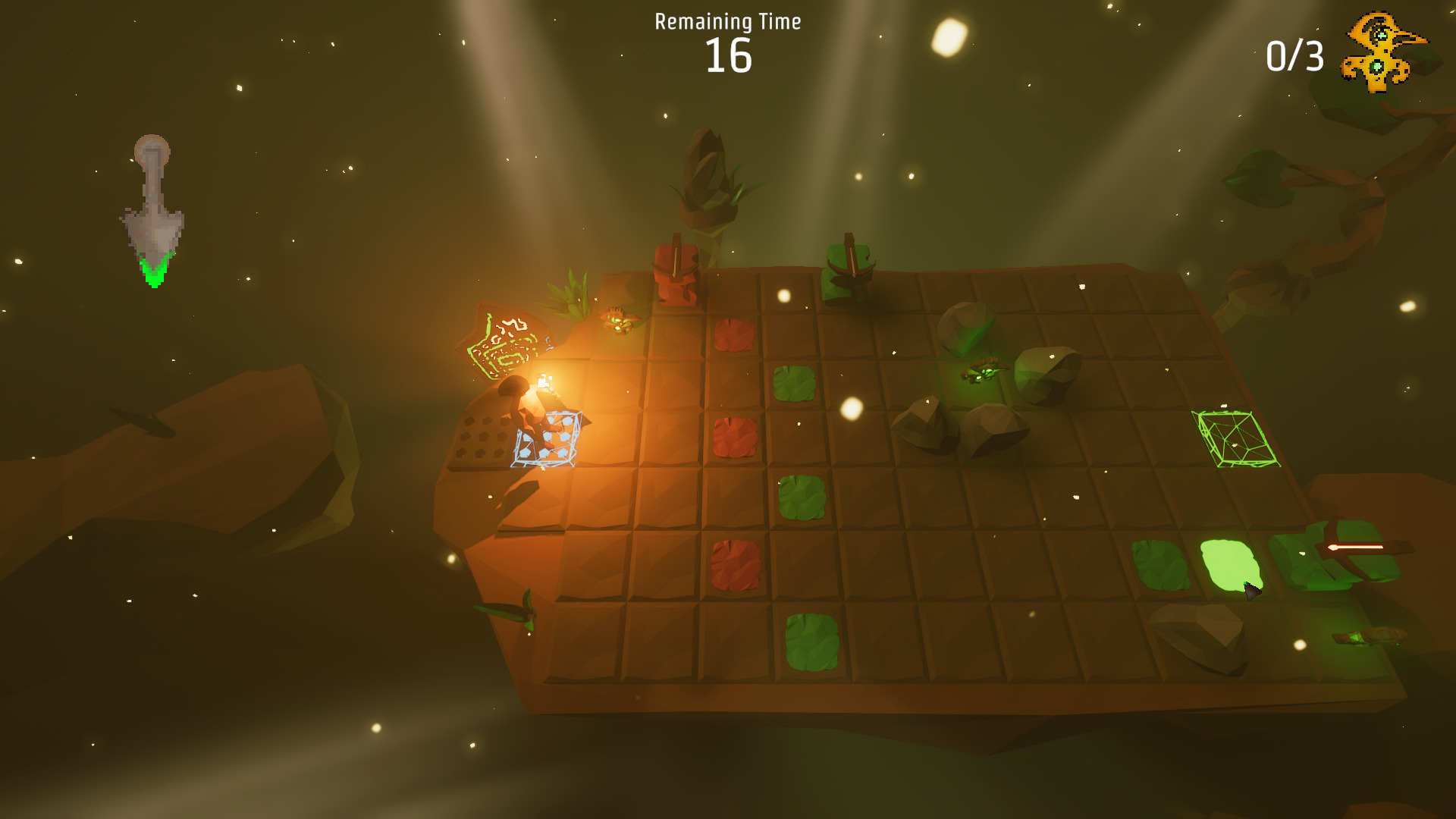 Relict of the Ruins is a puzzle game with a mystical setting, each level is on a floating rock, and assets are inspired by Mayan culture.
In the game the player gets a letter by the director of an archeological museum, he writes that he is very ill and thinks the illness has to do something with an artifact he bought. He includes a map in the letter, it shows where the artifact originates.
He asks the player to bring the artifact back to a temple deep in the jungle in order to cure his illness.
The goal is to get to the temple, which is at the end of the last level, the player has to play all levels and collect enough statues to be able to get there. Each level needs a minimum amount of collected statues to be unlocked.
The player can replay levels with knowledge gained in later levels, in order to collect more statues.

The way to the temple is guarded by traps and curses which were made to only let members of the Temple pass. New traps and mechanics get introduced in the first
levels. The player has to figure out how traps work and build his own strategy to complete a level.
Each level consists of two stages, in the first stage the player can move components but only in given directions, the first stage has a time limit. In the second stage, the player has to move through the level by avoiding traps and using traps to trigger
other traps.