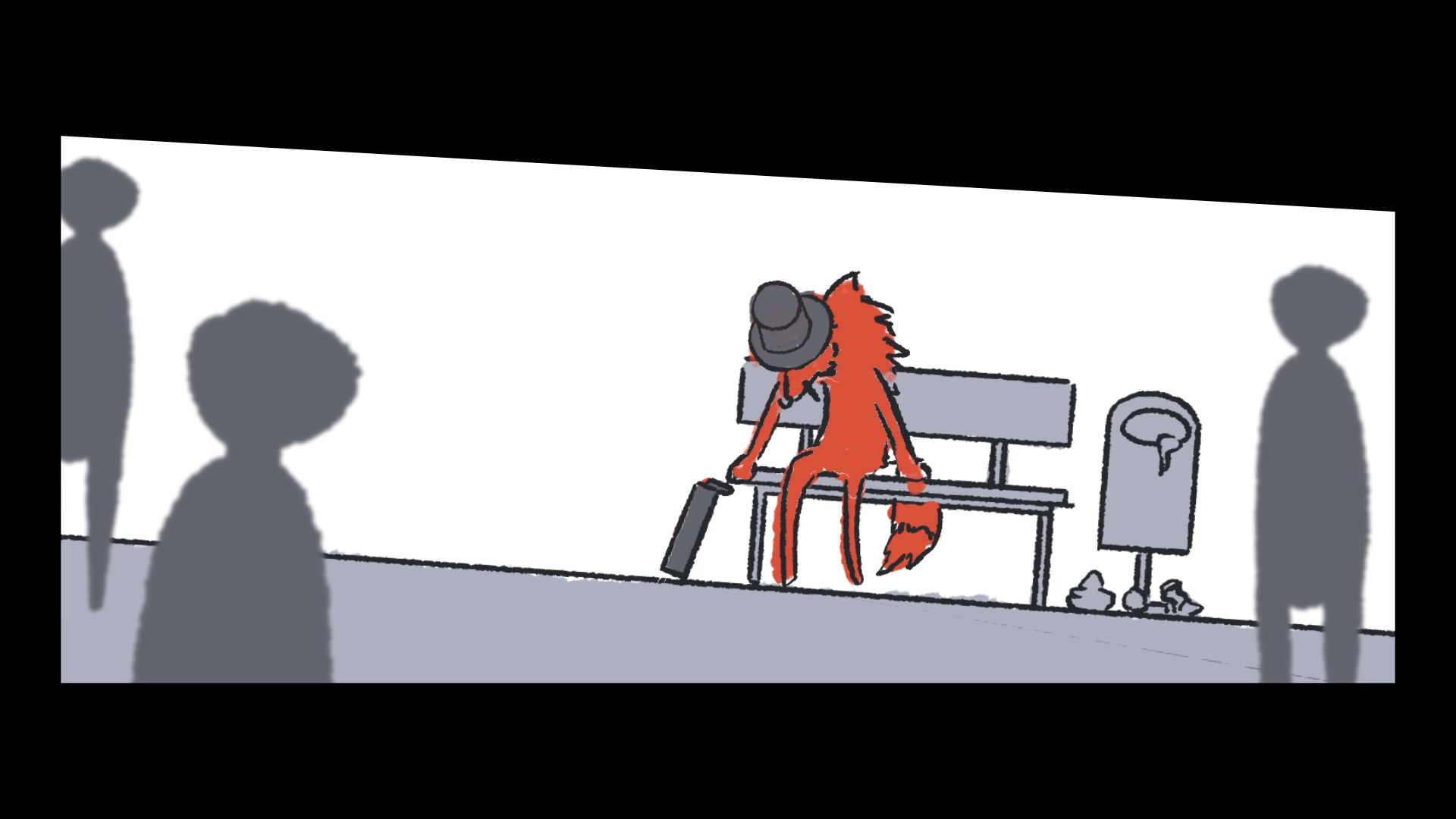 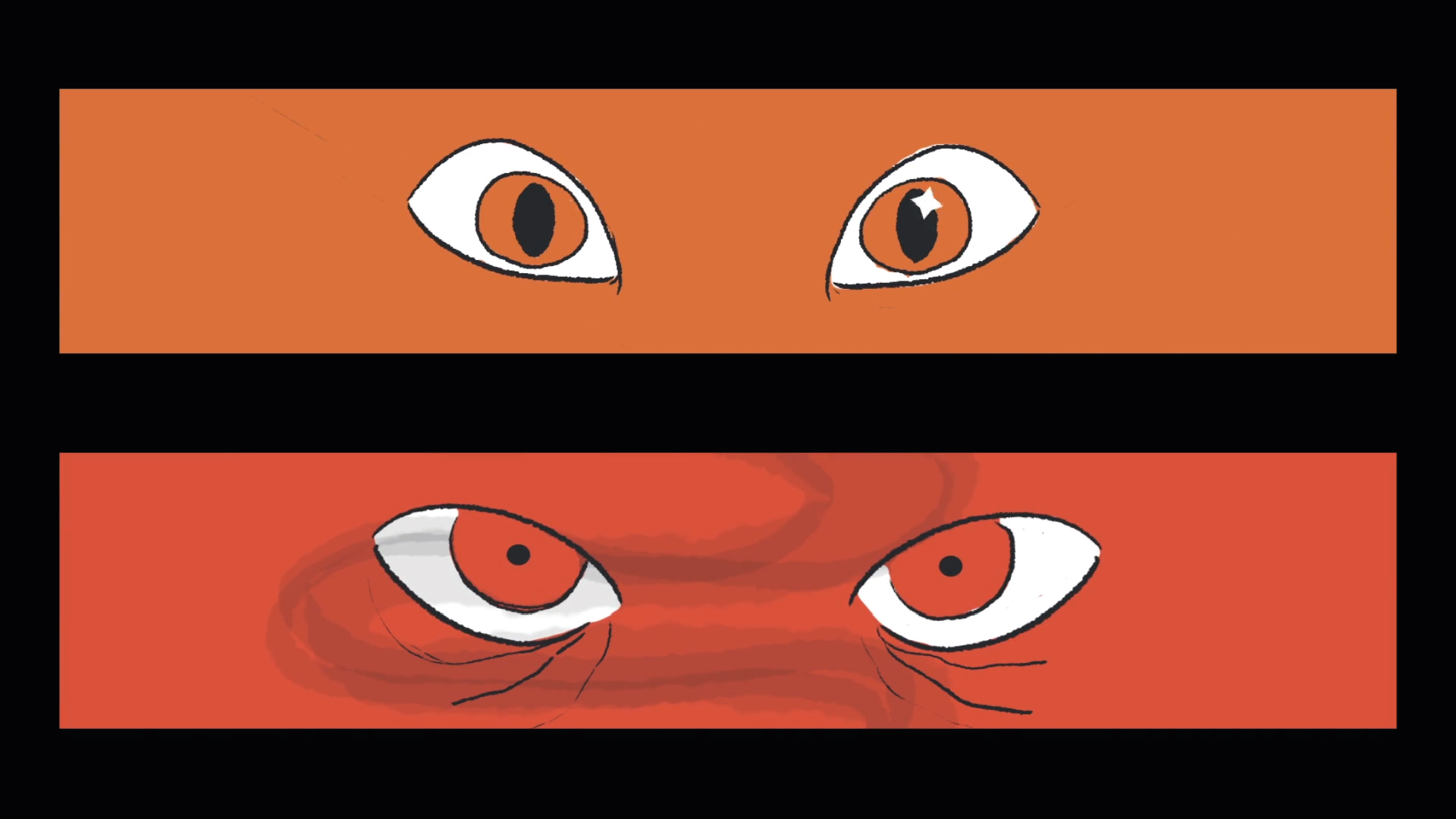 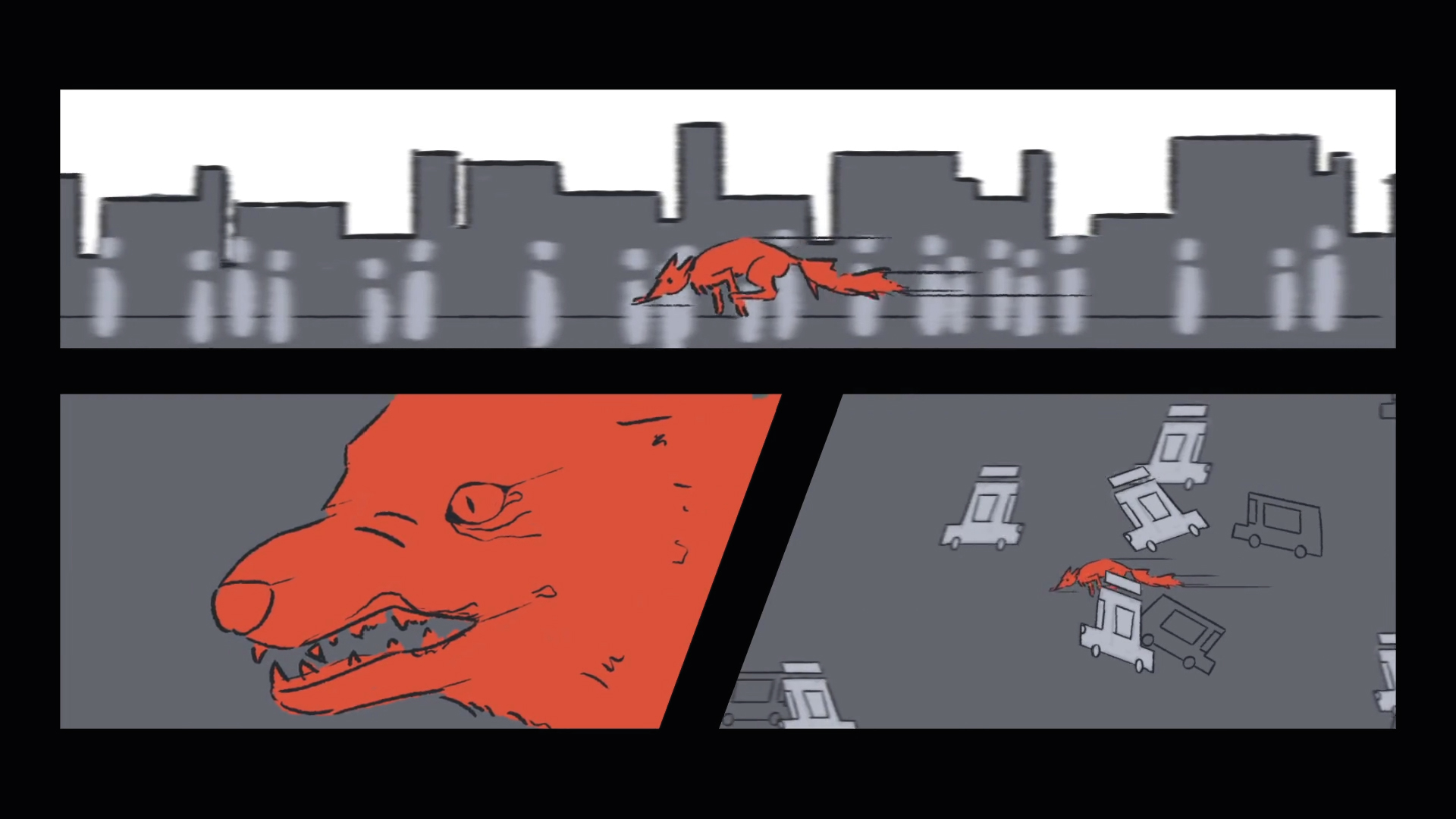 “foxtale” was realized under the conditions of a 6th semester project in the studies of “Animation & Game”. Unfortunately in the circumstances of the Corona-Crisis all students had to realize a project on their own, and work from home.
I first saw it as an opportunity to take my chance and do my very own project with the focus on conception and animation. I planned a 2D animated short, produced in After Effects, about 1:50 min long.

After the concept phase, I faced some issues with the implementation of my planned features, especially with the rigging, but also with being disconnected from the university environment.
The project as it was planned before couldn’t be finished, but the outcome is a vertical slice for an animation project, with a fleshed-out story and concept, an animatic including sound and an animation demonstration.