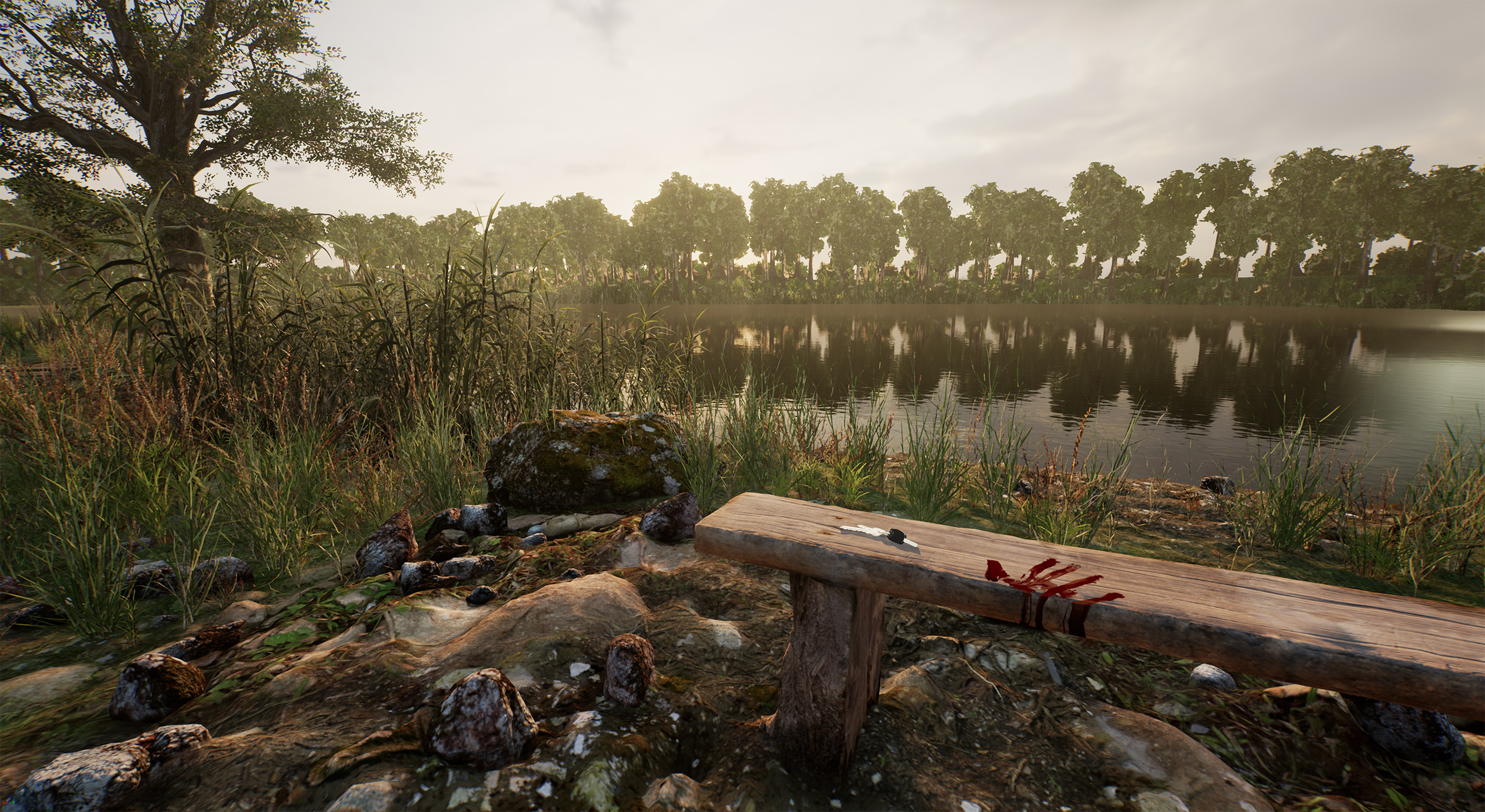 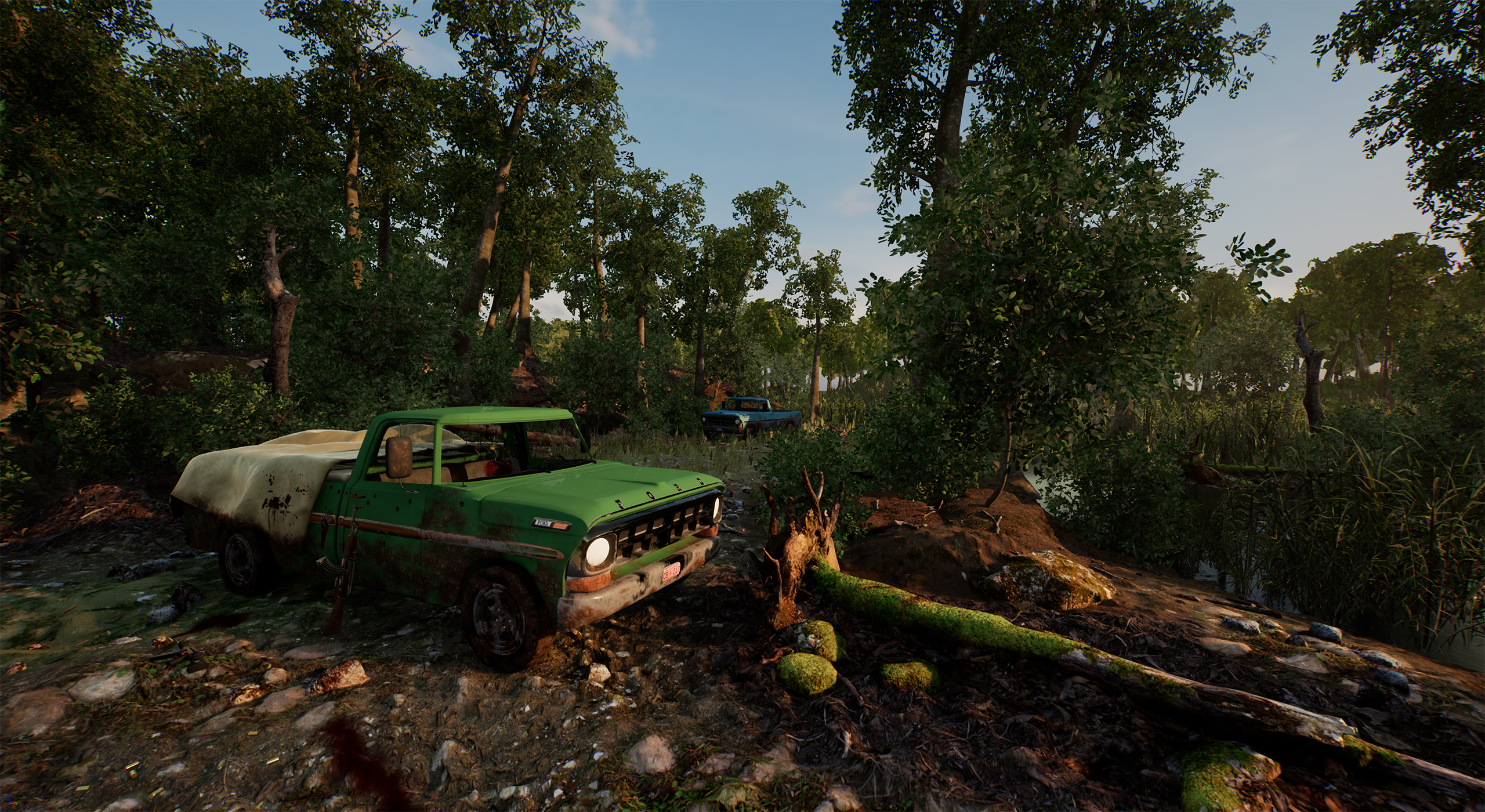 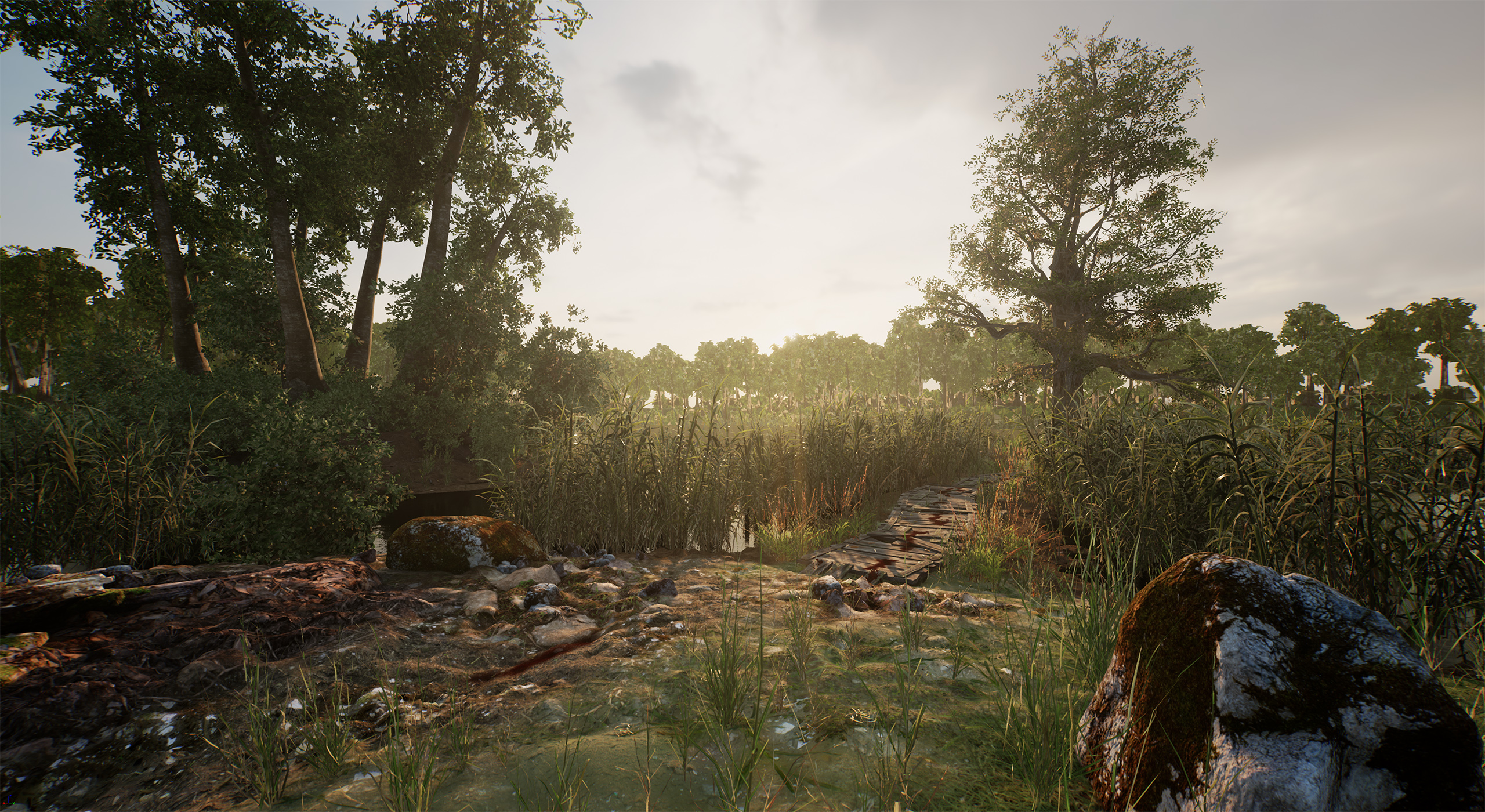 „A detour to the Bayou“ is a first person narrative exploration game that tells the story of Robert Grace, who just recovered from his injuries from Vietnam war, but now is getting confronted with another war, which is taking place in
his beloved homeland.”

Detour is a first-person game, which is heavily focused on narrative exploration and environmental storytelling. The main character of the game, which is controlled by the player in a first-person view, is called Robert Alan Grace. He lives in east Texas, in the USA of 1974 in the swamps near Houston on a farm with his brother Tommy. Robert returned from the Vietnam war not long ago and is still recovering his physical and mental damages. In my project scene, Robert is just returning from the next small city, where he bought some supplies and wants to drive back to his farm when suddenly the road is completely blocked off by another pickup truck. Robert starts to look around for the owner but instead discovers an untouched crime scene.
He starts to investigate the scene and he also really wants to find a way, to get the pick up off of the road.